Camping near the Gulf of Morbihan

Just a few kilometres from our campsite **** Le Moulin de Cadillac, discover the Gulf of Morbihan, a little corner of paradise in Southern Brittany which will seduce you with its beautiful maritime landscapes, its mild and sunny climate and the countless activities available to you.

Vannes, the gateway to the Gulf of Morbihan

If this is your first time camping in the Gulf of Morbihan, we recommend that you stay in Vannes. Behind the ramparts, you will find a remarkable architectural heritage: the timber-framed houses built between the 15th and 16th centuries around the Saint-Pierre cathedral and the La Cohue fine arts museum, the former Hôtel du Parlement de Bretagne, the Château de l'Hermine, the Tour du Connétable, the gardens of the ramparts... Then go down to the marina, the gateway to the Gulf of Morbihan and its islands.

A cruise in the Gulf of Morbihan, with a stopover on the Ile aux Moines and the Ile d'Arz

Take advantage of your camping holiday in Morbihan to go on a cruise in the Gulf of Morbihan, one of the most beautiful bays in the world and it is often said that there are as many islands in the Gulf of Morbihan as there are days in the year. In reality, there are only about fifty islands and islets, of which about twenty are inhabited all or part of the year. You can stop off on Île aux Moines or Île d'Arz, the two largest islands in the Gulf. Escape guaranteed!

Touring the Gulf of Morbihan on foot

If you don't want to miss out on anything during your camping holiday in Southern Brittany, we can't recommend a walking tour of the Gulf of Morbihan enough. From Arzon, at the end of the Rhuys peninsula, to Locmariaquer, at the entrance to the Gulf of Morbihan, a walking loop (180 km) allows you to cross a surprising variety of landscapes: coastal paths lined with wild creeks and golden sandy beaches, dunes, moors and salt marshes, bird sanctuaries, typical Breton villages and hamlets... Enough to fill you up with nature and culture!
Don't miss: the castle of Suscinio, Port-Navalo, Saint-Gildas-de-Rhuys, Sarzeau, not forgetting the small ports of Le Bono and Saint-Goustan (Auray) or the Gavrinis cairn in Larmor-Baden. 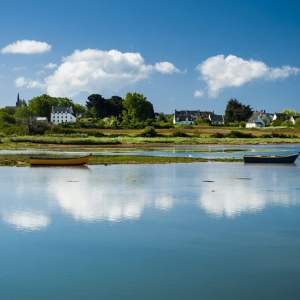 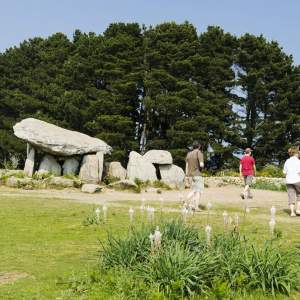 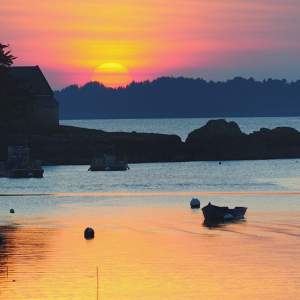 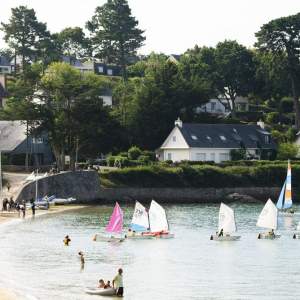 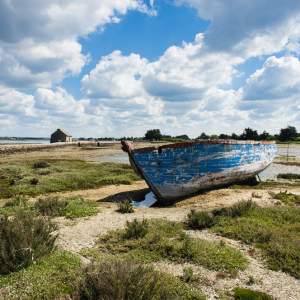 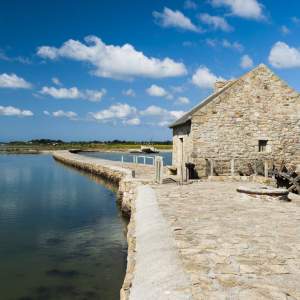 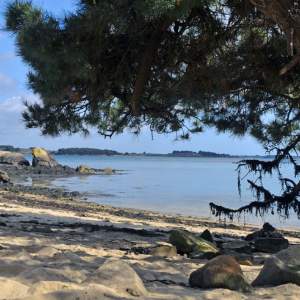 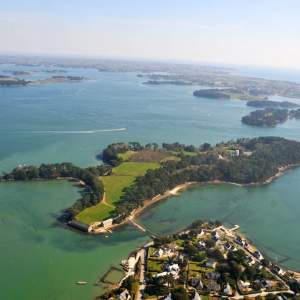 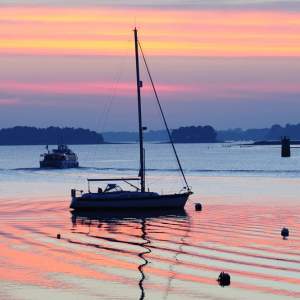 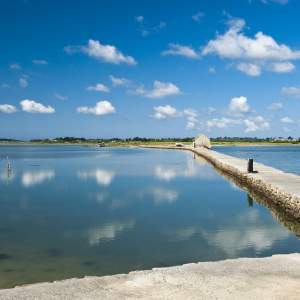