Just an hour from the campsite Le Moulin de Cadillac, in the Morbihan, Quiberon is an unmissable stopover for yachtsmen as well as for beach and hiking enthusiasts. At the crossroads of the Petite Mer (Mor bihan in Breton), Carnac and Plouharnel, the Quiberon peninsula offers a true summary of Southern Brittany: fishing and yachting harbour, vast stretches of fine sand, a wild coastline spiked with cliffs, with the islands of Houat, Hoëdic and Belle-Île-en-Mer on the horizon.

The beaches of Quiberon

From Port-Maria to Saint-Julien, Quiberon offers more than 5 kilometres of beaches in a postcard setting: white sand, turquoise sea and golden dunes. On the bay side, the beaches are sheltered from the wind and the swell, and are supervised during the summer. Facing south, opposite Belle-Ile, the Grande Plage de Quiberon is the most popular of them. It stretches between Port-Maria and the casino of Quiberon, 800 meters long. The beach is supervised in summer, with a children's club and many shops and restaurants nearby.

Walking on the Quiberon peninsula

This spit of land, attached to the mainland by a sandy spit - called a tombolo - has retained its island character almost intact. A 15 km loop allows you to discover the two sides of the peninsula: to the west, the wild coast, and to the east, the bay of Quiberon. At the southern end of the peninsula, the Pointe de Conguel.

To the west of the peninsula, the wild coast is known for its jagged cliffs plunging into the ocean, its sandy coves, its caves and its natural arches sculpted by the wind and the waves. Even on a calm day, the sight of the waves crashing against the rocks is breathtaking. To do: the hike between the Pointe du Percho, to the north, and the Château Turpault, to the south (8 km).

To the east, the peninsula is bordered by an exceptional body of water: Quiberon Bay. The fine sandy beaches have replaced the high granite cliffs, offering walkers the opportunity to put down their backpacks for a swim or to laze on the warm sand.

Where to walk in Quiberon?

To stroll with the wind in your face, to eat or to do a little shopping, head for the centre of Quiberon. There are numerous boutiques, typical shops, crêperies and restaurants. Gourmets may well fall for an oyster platter, a Breton cotriade or a crêpe flambéed with rum. Take the opportunity to bring back some Niniche (home-made confectionery), a jar of salidou (salted butter caramel cream), a kouign-amann or a Breton cake. Not forgetting the authentic tins of sardines and white tuna in oil which have made the reputation of the gastronomic fish cannery "La Belle-Îloise" since 1932.

As for heritage lovers, they can visit the Maison du Patrimoine in the rue de Port Haliguen. This small museum is devoted to the history of the Quiberon peninsula, from the Mesolithic era to the landing of the royalist emigrants in 1795, including the traditional life of the Quiberonnais in 1900, shipwrecks and famous wrecks. Set back from the coast, the hamlets of the peninsula are also worth a visit, with their low, whitewashed houses, blue-painted shutters and walls lined with hydrangeas. A change of scenery is guaranteed. You can also visit the menhir alignments of Carnac, only 20 minutes by car from Saint-Pierre-Quiberon.

DID YOU KNOW? Quiberon is the departure point for boats to the islands of Morbihan. All year round, the Compagnie Océane offers crossings to Belle-Ile-en-Mer, Houat and Hoëdic. See you on the quay of the Port Maria ferry terminal. 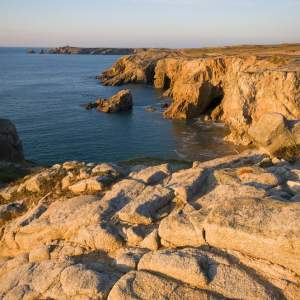 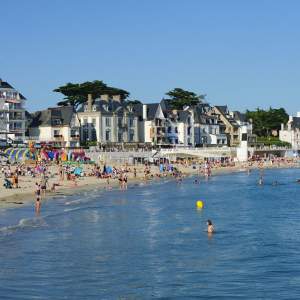 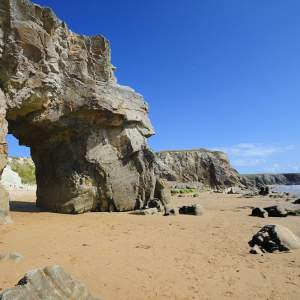 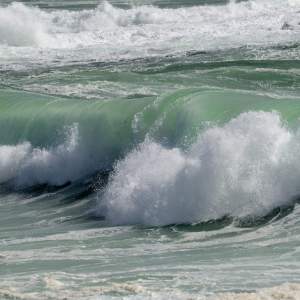 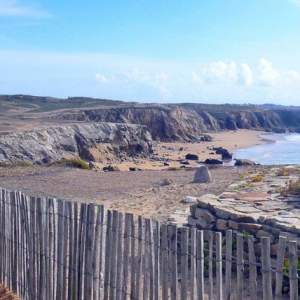 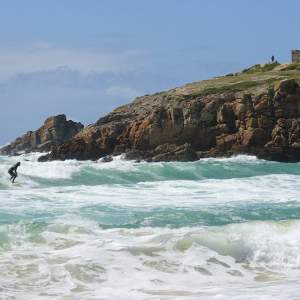 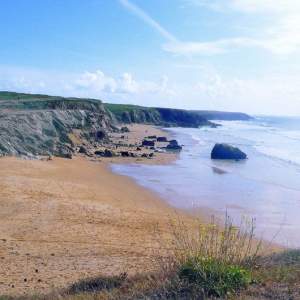 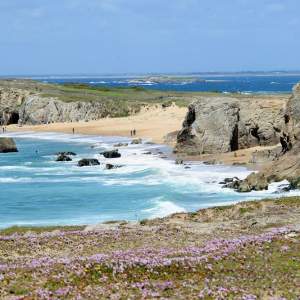 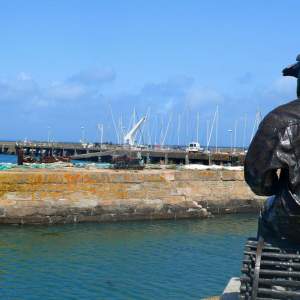 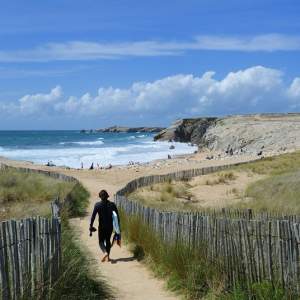